9 Reasons Why You Need To Choose Interactive Over Traditional eCommerce 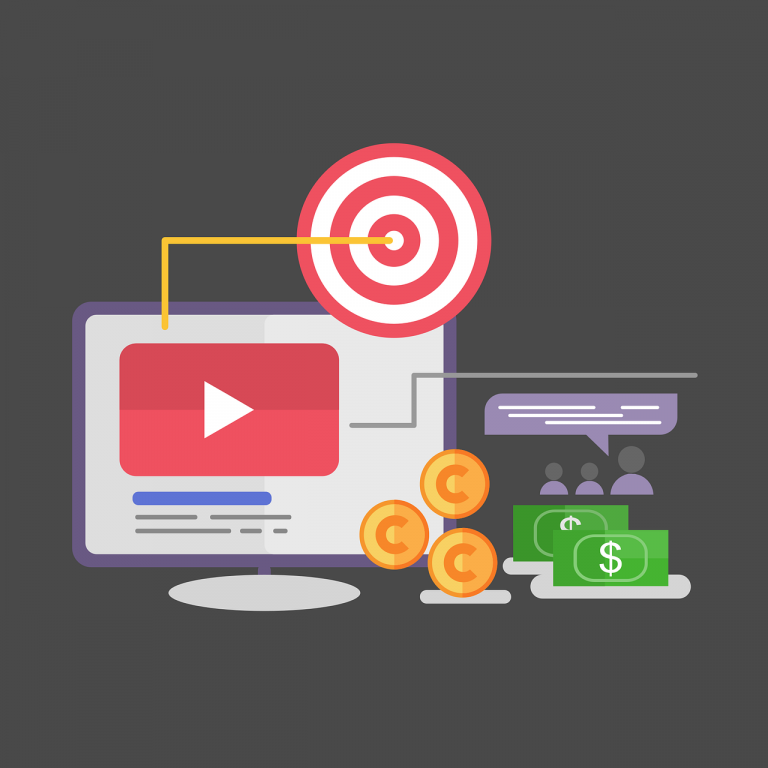 The pandemic led people to crave more real and interactive experiences as it was one of the most physically and emotionally exhausting periods. According to wyzowl, 68% of consumers have expressed that the pandemic has influenced their consumption of video content and 96% of consumers have stated that their consumption has increased tremendously. Livestream shopping (or livestream e-commerce) incorporates live video content, two-way communication, and the ability for viewers to seamlessly buy or save featured products directly from the platform. Think of it like QVC-meets-social-media, with an integrated e-commerce module replacing the 1-800 number.

The impact of video marketing or video streaming is measured both in numbers and experiences. There has been a positive rise in sales for brands that incorporated video marketing or live streaming for their products. According to wyzowl, 78% of marketers say that video has directly helped increase sales. In China, livestream shopping skyrocketed from $66 billion in 2019 to $150 billion in 2020 according to iResearch, a market research firm based in Shanghai. Coresight expects China’s livestream shopping sales to reach $300 billion in 2021.

So, this brings us to the question of how is interactive video better than static images for eCommerce brands?

According to wyzowl, 98% of people have watched an interactive explainer video to learn more about a product or service. This means that people want in-depth information about the products they’re interested in and not just surface-level information.

Specifications and details such as size, colour, weight, features- are better experienced through video than static images or text.

What’s more? According to another study by wyzowl, 84% of people say they’ve been convinced to buy a product or a service because they watched its video.

Interactive videos have an appealing visual element to them. However, videos allow brands to express themselves and their products more effectively and build a connection with their audience. Imagine yourself checking out a dress as a static image vs checking it out on a live video, in an image you can just check the front or back of the dress whereas in a video, you can check it three dimensionally which is way more persuasive.

2. Videos Tap Into Emotions More Quickly Than Images Do-

Research has established that video tends to be more successful in stimulating emotional responses. According to yet another study, the usage of film clips increases mood induction.

An interactive video provides a holistic experience to consumers because it interacts with all of their senses at once. On the other hand, static images tend to evoke little to no emotions leaving humans with more curiosity. Why are we more attracted towards films rather than novels? The emotional connection that can be formed while watching a video is much much higher than just texts or images. Today there are 100s of merchants selling the same stuff, still we prefer just one or two. This is all because of the emotional liasoning we have with them.

Wyzowl states that 86% of video marketers say that their website’s traffic has increased due to video.

Besides these, brands that use more creative videos on their social media, tend to attract more visitors and sales. For example, a coffee brand named Sleepy Owl creates visually appealing videos of their coffee products and has been able to garner a following of 47K followers on Instagram because of their creatives. Not just this, there are hundreds of brands that are making a lot of money just through reels or live videos, no website nothing, just video shows and the product is sold.

4. Videos Are More Engaging- Consumers stick around to watch videos more than images.

Videos that have a storytelling element tend to attract more visitors than plain images. Humans have an attention span of 8 seconds which means that a video that catches their attention in its initial stages is bound to receive more traction and engagement.

On the other hand, text, images, or graphics tend to bore people easily. They provide limited information whereas videos tend to dig deeper.

Video has paved a way for eCommerce brands and merchants to experiment in as many innovative ways as possible. Through live streaming platforms brands have an opportunity to display their products to a wide variety of audiences. Some examples of Live Streaming platforms are:

6. Videos Have A Higher Reach-

7. Videos Can Be Repurposed In Many Different Forms Of Content–

Let’s take the example of Garyvee. Gary Vaynerchuck- CEO of Vaynermedia produces content for almost every single platform daily. The question is- How does he do that? Well, for starters he has a content team that produces long-form and bite-sized videos that are spread out across various social media platforms.

8. Videos Live Longer Than Other Forms Of Media-

According to later.com (a social media scheduling platform), videos tend to stick around for a much longer time on the world wide web.

Brands are looking to incorporate technology that’s more futuristic as opposed to outdated ones. Based on research, Augmented reality promises to increase a brand’s perceived value. According to enginecreative.co.uk, AR is inexpensive as compared to other forms of media. Brands that incorporate augmented reality get better access to their audiences.

Pandemic has starved people from gaining shopping experience that catered to satiate their specific shopping desires. This is where interactive video streaming comes into the picture. Brands that include video are garnering more attention and sales as compared to brands that don’t. According to research conducted by Think With Google, 79% of respondents said that streaming platforms make them happy. On the other hand, more than 58% of people reported that they’re investing in video to learn new skills which proves that video provides more angles to a topic by giving more than one perspective.

85% of viewers have stated that their usage of youtube has increased drastically.

These statistics aren’t just mere statistics. They go on to prove the importance that video plays in people’s lives. Moreover, brands that are leveraging the power of video stand a greater chance of gaining traction from their target audience. Now there is no dearth of ways through which brands can create video content for consumers.

Note from the Editors

Baaz helps retail brands and stores to transform their conventional ecommerce stores into
interactive ones. For the ones with a strong visual imagination, we’d like you to put your assumption
hats on for a while and visualize an experience that’s similar to shopping in a mall BUT online.
www.baaz.live

PreviousE-Commerce Business Success Story: Vivalatina
NextWho is Tom Cormier (aka Ecom Tom)? [Is The Dropshipping University course worth it?]

Stay In The Loop

We offer free tips to supercharge your eCommerce business and offer exclusive deals (like free software) to our subscribers. Check it out; you can always unsubscribe. 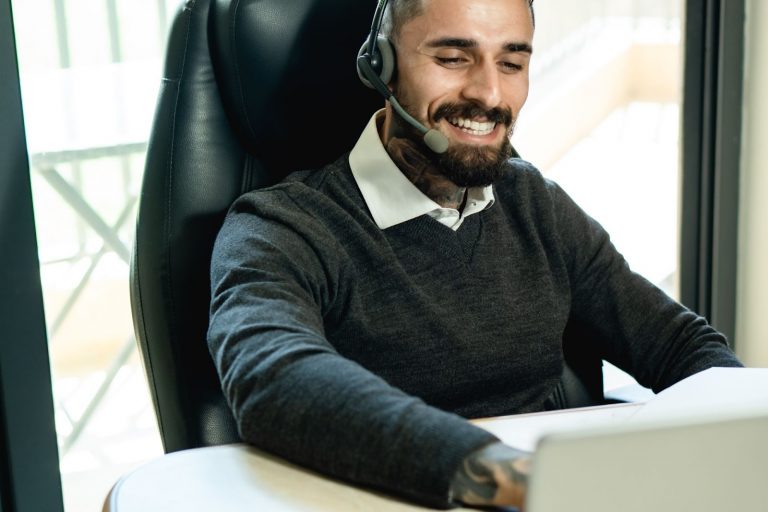 You’ll always have to consider your customer base when thinking about strategies to increase revenue and develop your business. Companies will constantly look 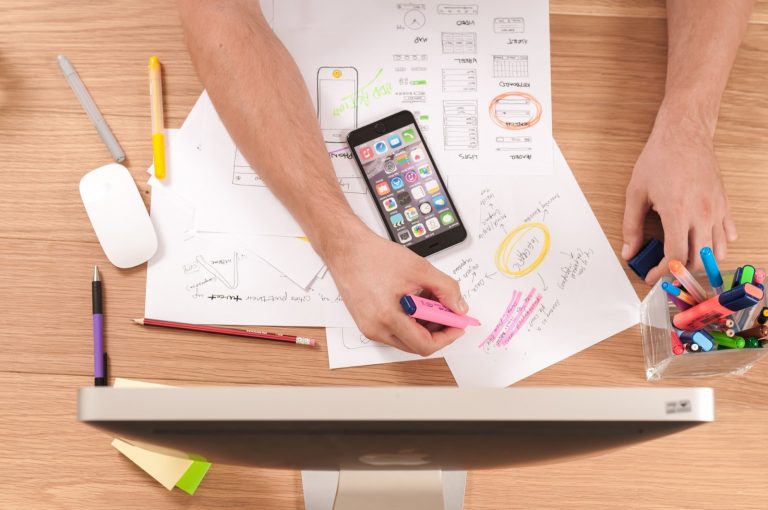 Developing a new product is a great way to earn more business, but you must invest in a marketing strategy to increase sales. 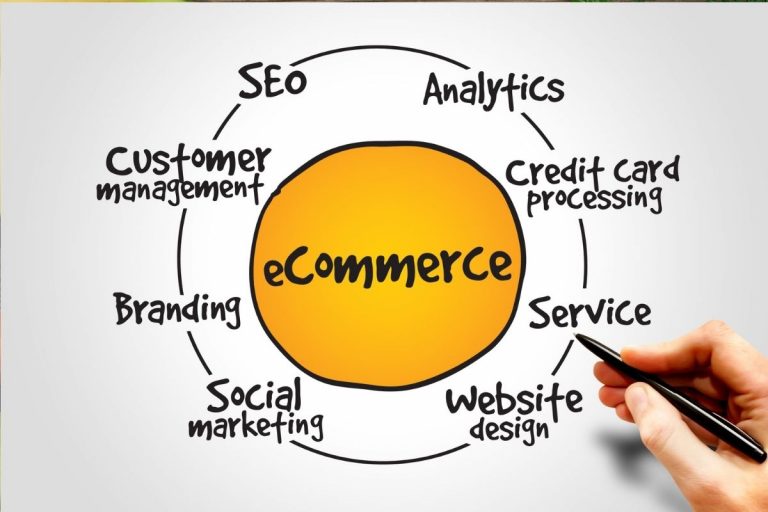 The importance of social media in our lives can’t be understated, as it has become a large part of people’s everyday lives. When 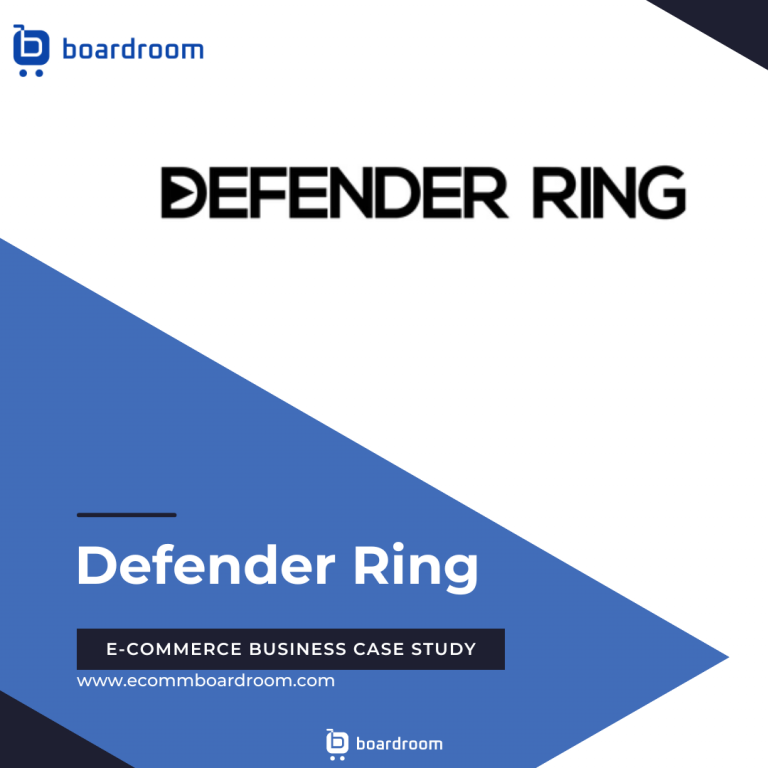 Welcome! Welcome to this e-commerce business success story! In this profile, we interviewed Defender Ring, a very interesting brand that created a hybrid jewelry

Read More on The Boardroom Blog

If you have any questions, please reach out to us at: info@ecommboardroom.com

Our Free Tips, Exclusive Content, and Software: Your Inbox

We use cookies on our website to give you the most relevant experience by remembering your preferences and repeat visits. By clicking “Accept”, you consent to the use of ALL the cookies.
Do not sell my personal information.
Cookie SettingsAccept
Manage consent

This website uses cookies to improve your experience while you navigate through the website. Out of these, the cookies that are categorized as necessary are stored on your browser as they are essential for the working of basic functionalities of the website. We also use third-party cookies that help us analyze and understand how you use this website. These cookies will be stored in your browser only with your consent. You also have the option to opt-out of these cookies. But opting out of some of these cookies may affect your browsing experience.
Necessary Always Enabled
Necessary cookies are absolutely essential for the website to function properly. These cookies ensure basic functionalities and security features of the website, anonymously.
Functional
Functional cookies help to perform certain functionalities like sharing the content of the website on social media platforms, collect feedbacks, and other third-party features.
Performance
Performance cookies are used to understand and analyze the key performance indexes of the website which helps in delivering a better user experience for the visitors.
Analytics
Analytical cookies are used to understand how visitors interact with the website. These cookies help provide information on metrics the number of visitors, bounce rate, traffic source, etc.
Advertisement
Advertisement cookies are used to provide visitors with relevant ads and marketing campaigns. These cookies track visitors across websites and collect information to provide customized ads.
Others
Other uncategorized cookies are those that are being analyzed and have not been classified into a category as yet.
SAVE & ACCEPT
Processing...

We’d be happy to help.